My previous review of Marketing Funnel Academy has been so popular, I thought I would review another program I purchased: ClientKit by Traffic & Funnels.

I’ve purchased a lot of programs in the past few years, and many of them are massive, high-ticket programs.

People often contact me and ask me to hop on a call to answer questions for them about the program (which I decline), so I think this video will be a great reference. ClientKit is a high-ticket coaching program for coaches, consultants and service providers.

Click here to book a call with the Traffic and Funnels team to get more info on ClientKit.

How did you find Traffic & Funnels’ ClientKit?

From time to time, I do research to find new programs, but like this one, most programs I find are through advertising.

Traffic & Funnels’ advertising has SUCH personality.

And that was definitely part of what caught my eye – but I’m also definitely their avatar. A coach who was struggling to increase my income more consistently and needed a BETTER WAY.

I started out by joining their free group (Traffic and Funnels) and downloaded a lead magnet (maybe several…) after receiving a message from one of their group admins. The messaging they used in their group, copy and content really resonated with me, and the free content reiterated that I wanted what they were selling.

At some point in the free group, I commented on a post asking for more information. Through messenger, one of the advisors (Nick) asked to get on a quick call to ask me a couple questions to make sure I was a good fit.

We discussed where I was at, what I was doing and what I might need. We had that quick intro call that was followed by a formal sales call.

What appealed to you most about Traffic & Funnels?

During the sales call, they helped me think bigger. This requires context:

After working one-on-one with another coach, I combined her organic strategies with my knowledge of ads and funnels to have my first $14K month with an audience of about 300 people.

That was pretty impressive.

Then, the next month? I made exactly $0.

The problem was that the coach I was working with ONLY relied on organic launch strategies. It took a ton of effort and energy to do that live launch, and I couldn’t imagine doing it again.

How could I get consistent $10k months without launching? I knew I’d outgrown that coach, but didn’t know a better way.

Engaging with Traffic & Funnels helped me realize that by live launching multiple offers – I was spreading my energy way too thin.

Focus on one offer. One sales strategy. And do that over and over until you get to $30k months. Then scale. I couldn’t imagine doing $30k months. All I wanted at that time was to be more consistent so I could leave my job ASAP. I knew I wasn’t willing to have the next $14K month to be that hard on me.

Many of ClientKit’s clients were doing $30K months within a couple of months. This helped me aim higher for myself and I started thinking bigger. 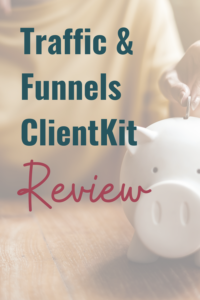 How was the sales process?

I got on a call with another Advisor a day or two later after chatting with Nick for what I knew would be a sales call. The Advisor asked me a ton of questions about what was working, not working, what I’d done, what I wanted, why it was important. We talked for an hour.

At the end when I finally asked the price – I felt sick to my stomach.

The Advisor challenged me on this.

He pointed out that my waffling, indecision and hesitation to buy something I knew I wanted / needed was showing up with my own prospects and clients – the law of mirrors.

(It turns out he was right, but more on that later.)

I put down a refundable deposit, but sent an email the next morning that I thought the call was pushy and I wasn’t interested. (OOF. More on this later too.)

A few weeks later, a different, gentler rep reached out and I then joined the program. His approach was intentional, based on my previous reaction. And I knew that, but it didn’t matter.

Everything that was said in the first call really resonated with me, and I was terrified but finally decided to jump in.

I knew I needed to make a major change in how I was doing things.

What is the pricing of the program?

It’s not crazy, but it’s definitely a high-ticket program and for most people who join, it’s the most they’ve ever spent on a program by a lot.

The sales person told me what to expect on the sales call, and that all happened just as I was told. A bunch of emails with clear instructions.

There is a LOT of material that’s provided. After a day of initial anxiety – fearing that I might beg for my money back – I jumped in with both feet.

And holy heckin’ heck – from the first 5 minutes of course content I knew I’d made the right decision.

The first few things you do are jump into the course content and get on a specific type of call for feedback and direction.

After starting to dive into the course content, I realized early on that the original Advisor was right.
I had used old, stale excuses to avoid investing in the program initially.
Not because I didn’t want it – but because my brain was terrified of the change.

I actually ended up reaching out to the original Traffic & Funnels sales rep to tell him he was right about everything he said – even if I didn’t like it. And the training in the program became the foundation of a lot of mindset work I’ve done since then. Re-framing situations, getting honest with myself, and thinking with my CEO brain.

I’m usually hesitant with programs that have course-content because I will tend not to watch through, but the content for this program was super compelling.

How was the structure of the program?

There is the course content, coaching calls, and a really active community. I feel like you get most of your support in the community setting, where you get support with the coaches of the program and people who are further along in the program.

I have always received a response from whatever I posted in the group. It’s a very active community, and people were always willing to help others that weren’t as far as they were in the program. It was a place to share wins, challenges and questions.

There were also various coaching calls throughout the week. There are opportunities to submit some work and have it reviewed. I remember there being about 3 calls a week.

What were your results from Traffic & Funnels ClientKit?

I ROI’d within the course of the program, so that was fabulous.

Then, I ran into some major personal-life things near the end, which really impacted my consistency and mindset. In hindsight, I could have gotten some support around that. But that, along with a few other things, led me not to go into their higher program.

About More Than Just “Money”

Although I did ROI, some of the biggest transformations I experienced weren’t about money.

One thing Traffic & Funnels’ ClientKit does differently is challenging you to change your being.

I have always avoided the mindset portion of programs because I just want to take action.

This was the first program that really showed me that the more you take care of your mindset, the more results you will see. In fact, during the program, I hired a health coach.

I still use many of the tools with what I’ve learned in this program.

Because of the organic strategies I learned in ClientKit, my highest month of about $38K resulted from just $300 in ads.

If you need a lot of one-on-one support, ClientKit may not be for you, but I highly recommend them.

They teach what they teach the best.

Book a call with the Traffic and Funnels team and find out whether they might be just what you need to move to the next level.

Thanks for subscribing! Please check your email for further instructions. 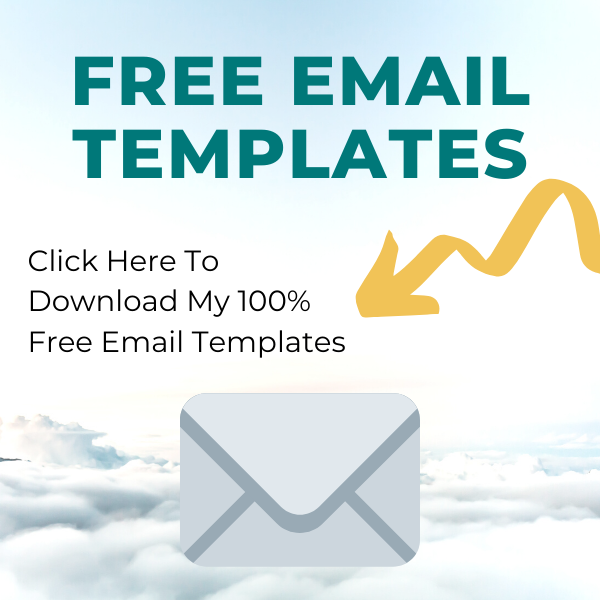